Archive for the ‘News’ Category

David Brown of KUTX  interviews Cheryl about the album and her inspiration for the title track “Late Bloomer” and more on Texas Music Matters.

Click here to listen to the one hour radio show that includes the interview with Cheryl and other Texas Artists.

Please stop by and support Waterloo Records, one of Austin’s finest local establishments, and while you’re there pick up a copy of Cheryl’s new CD!  Not in town?  You can buy online!

Join Cheryl and the full band for her hometown CD release show at the Cheatham Street Warehouse and a celebration of her birthday!

Cheryl will be playing some songs from the new CD live!  It’s her birthday and later that evening is her San Marcos CD release show so come out and help her celebrate!

Be sure to tune in to KUTX – 98.9 FM to hear Cheryl play a few songs and talk about the newly released CD Late Bloomer.  The interview will be aired Friday June 28th 12:00PM CST, 11:00PM CST and Saturday morning on KUT.

Welcome to the new cherylmurdock.com!  Stay tuned and check back for updates and information!

Austin Artist of The Month

The Austin Music Foundation names Cheryl Murdock as their Artist of The Month for June 2013. 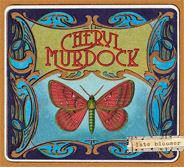